5 Important Quotes About Security and Compliance

High profile breaches and cyber security events in past few years have been a wake up call for many enterprises in every industry. Security and compliance has been a top-of-mind issue for every IT department, but is your organization prepared to battle cyber crime and vulnerabilities?

The cyber security battlefield is always changing. In 2014, Kaspersky Labs detected nine times as many attempted Trojan attacks on their clients’ infrastructures. Currently, the methods of choice for cyber criminals have included social engineering, botnets, and malware. Cyber criminals are also changing their targets: in addition to launching attacks on private infrastructures, they are also targeting victims on mobile. A 2014 McAfee Labs report found that, “New mobile malware has increased for five straight quarters, with a total mobile malware growth of 167 percent in the past year alone.” 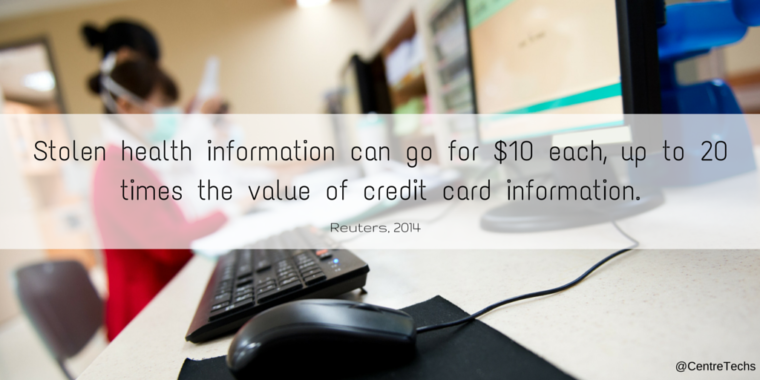 Healthcare information is one of the most valuable pieces of data on the black market. According to an article by Reuters, stolen PHI (protected health information) is worth 10 to 20 times more than a credit card number, namely because credit card numbers can be easily changed. Your health information, which includes your social security number, address, identity, and emergency contacts, is less likely to change. Healthcare organizations in particular have additional security and compliance measures to meet to ensure the protection of a patient's’ data.

According to a study by the Ponemon Institute, the cost of a breach increased from 2013 to 2014 with the “average cost for each lost or stolen record containing sensitive and confidential information increased from $188 to $201.” In the roughest numbers, the average cost for a stolen record is about $201 USD, and organizations paid roughly $5.9 million dollars as a result of breaches in 2014.

You, as an individual, have probably had your information compromised in at least one of the many breach incidents that occurred last year. A study by Consumer Reports found that more than 70 million American adults, roughly one in four people, had their information exposed due to the hacks. However, having your enterprise’s data compromised is another matter entirely. This leads to the final security and compliance quote…

According to a 2015 study by the Ponemon Institute, more enterprises than ever took the breaches last year as their wake up call. The industry is embracing modern security strategies that move towards detection and response. They understand the impact data breaches have on both their bottom line and customer confidence.

Centre Becomes a member of the Round Rock Chamber of Commerce Centre Technologies is excited to be the newest member of the ...
Read More

Centre Becomes a member of Greater Houston Partnership  Our team at Centre Technologies is excited to announce out membership ...
Read More