C-Stack Series: What is Virtualization?

5 Analogies That Explain- What is Virtualization?

Virtualization can be a difficult topic to explain. Essentially, it’s the creation of a virtual network, storage, or server instead of a “real one.” You separate the software layer from the hardware layer, while placing a new layer between them to act as a liaison.

Explaining what virtualization is can be challenging, but we developed five analogies to help you create a better mental picture. It all starts with a flight simulator.

1. How Does Virtualization Work, and Why a Flight Simulator?

The first analogy we’ll use to explain virtualization requires a flight simulator. A flight simulator, both for regular PC games or an official training facility, is a software designed to emulate the experience of being a flight pilot. The software provides all of the systems and features of a real plane.  In other words, you simulate watching the fuel gauges, the engine status, navigation, airspeed, altitude, wind speed, etc. However, no matter how real the simulation is, you are never in charge of a real airplane.

The simulator delivers the experience of flight without being in the physical body of an airplane.

2. What does Carpooling Have to Do with What Virtualization is?

With the flight simulator analogy, you have to assume that only one software install (Windows) is running on one piece of hardware (the PC). That means it matches one software layer with one hardware layer, which hardly seems practical.

What is virtualization in this situation? It's like a carpool –servers, like a car, are capable of carrying higher capacity beyond a single rider. Virtualization takes the drivers (the software) from the different cars (servers), and lets them all ride in a single car. Each layer of software then operates independently of their original “car.” 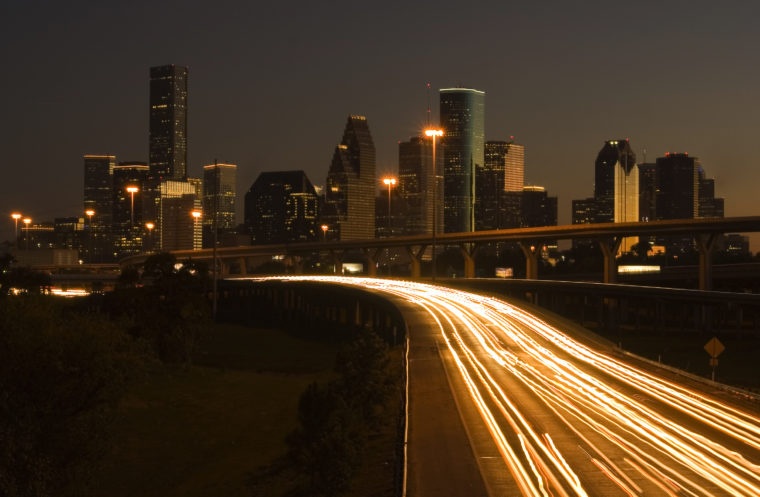 What is virtualization? - software carpool"s" inside of a designated server as it travels, but each ssoftwareinstance think that it's drivin"g its own car."

A host server with virtualization, like our partner VMware, is more of an SUV with the HEMI engine. It has a powerful, high capacity, but if it only had one software inside of it, it would be the equivalent of a rider driving alone in a large SUV.

The server is powerful, and it’s capable of carrying the entire family (plus the dog). It would be a shame not to use it to its full potential. Virtualization works by tricking the SUV driver into thinking he’s only driving a smaller car. The driver (the software) thinks it’s been paired with a certain type of vehicle (hardware), even though he’s still riding the same SUV (he is, clearly, very sensitive to suggestion). VMware takes it even further by getting MORE drivers into the same SUV and telling the highly-suggestive drivers the same lie. Each individual driver thinks that they are driving their own small car and operating them of their own accord, even though they’re all still riding in the same SUV.

With virtualization, the powerful host server can house multiple instances of Windows Server, and each instance believes that they are operating on their very own host server.

4. VMware is a Bus on the Virtualization Highway

VMware takes the analogy another step further. A bus (the host server) is even more powerful than an SUV and capable of carrying more passengers. If the host hardware is even bigger and more powerful, it could house an entire bus-load of highly-suggestive passengers. Even though more than 20 or so individual riders are sitting on a bus, they all think they are driving their own small car. By doing this, you maximize the usage of your servers, using them to their full potential.

Specific to VMware, their high availability makes them the train in this prolonged vehicle analogy. A train is powerful, can take multiple cars, and the passengers can move freely between the cars without stopping the train. You can even allocate or limit specific passengers to specific parts of the train to spread them out. Likewise, VMware’s high availability allows you to move virtual software around freely without stopping any function to the hardware itself.

Like a high speed train, virtualization delivers its passengers with high capacity and high speeds.

The Benefits of Virtualization – Transportation Analogies Aside

Virtualization is the network infrastructure of the future. It has proven, over the years, to be the most efficient way to handle enterprise infrastructure.

We can summarize the benefits of how virtualization works as follows:

Do you have additional questions about virtualization and how it fits into Centre's C-Stack? Contact Centre Technologies today to find out what virtualization can do for your business.

5 Key Items to Consider When It Comes to Data Backup

A company is only as good as its data backup. In a perfect world, insurance isn’t necessary. But this is reality, and it’s ...
Read More

Is it Cybersecurity, Cyber-Security, or Cyber Security?

Have you ever noticed all the different spellings of security as it relates to cyber affairs? There’s “cyber security,” ...
Read More

How can you reduce TCO, or total cost of ownership? In one word: Simplification. Bulky, disorganized, and excessive IT ...
Read More

Security and Compliance 101: Staying On Top of Information Security

The stress to keep up with security and compliance regulations can haunt even the staunchest IT professionals in their ...
Read More

The Role of Physical Security for Network Security

What is Physical Security? Physical security is exactly what it sounds like: the physical protections strategically put in ...
Read More