IT Infrastructure that makes the grade 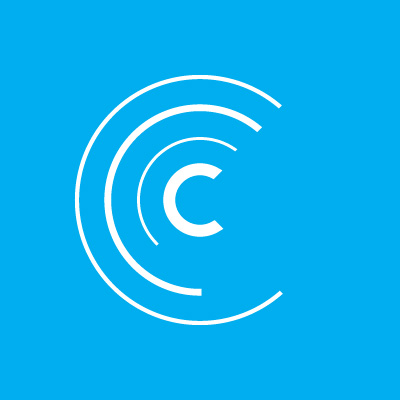 Educational institution gains 2.5X the capacity and eliminates nearly a full man-day of troubleshooting each week.

"We hit a home run this time. We upgraded to what I fully believe is a best-in-class solution. I wouldn’t call Datrium a storage solution because it’s really an integrated infrastructure solution. It just screams and I’m not going back. I’m committed."
— Gray Huggins, Director of Technology at Bishop Lynch High School

At the largest co-ed private school in the state of Texas, technology has become essential to preparing students for college and beyond. Yet on a private-school budget, Dallas’s Bishop Lynch High School must make careful choices about how to allocate funds.

For Gray Huggins, the Catholic school’s longtime Director of Technology, stretching the budget often means putting off infrastructure upgrades. But when backups began routinely failing, and disk space waned, Huggins knew it was time to consider replacing servers as well as the school’s Dell EqualLogic storage.

“It’s always been a daily grind to monitor disk space. If I increased my utilization, I couldn’t run backups,” Huggins said. “When you’re juggling that on a daily basis, it’s deflating.”

Hardware-Agnostic Storage and IOPs that Increase with Hosts

After Huggins issued an RFP to upgrade servers and storage, the options that came in ran the gamut of storage models: Cisco servers with hyperconverged storage, a Cisco UCS blade solution with Nimble Storage, and HVE servers paired with Datrium’s open converged infrastructure (OCI) system. The latter represented a completely new approach that would give Bishop Lynch much greater flexibility in its hardware choices, simplified management, increasing IOPs as they add hosts, and no lag between servers and storage – all while significantly increasing capacity for the money.

“Datrium really opened my eyes,” Huggins said. “It brought the flexibility, if we chose to go that route, to keep our same servers, so we wouldn’t have to flush sunk capital to move to Datrium.”

Bishop Lynch upgraded its end-of-life infrastructure with HVE servers, the Datrium OCI, and a Huawei switch, all on a 10G backbone. They made the change, during the workday, with less than 15 seconds of downtime.

The school swapped 10 rack units of servers for five – thanks to the 2.5X capacity gains with always-on, global deduplication and compression with Datrium. “I have so many holes in my rack now, I can see through it,” Huggins said.

3X Faster Backups, with No Failures

Datrium’s integration with servers and VMs streamlines traffic flow, eliminating latency and the all-too-common error that backup snapshots have not completed. Backups now run 3X times than before, and consistently complete without fail.

“It’s stunning how fast it is. It just screams,” Huggins says. “Everything is being kept in with this architecture, and it’s all sharing the same space. So we don’t suffer through the same performance issues we had with the old architecture. Now, the only notifications I receive from my Veeam backup/replication is…’Success!’”

Management Time Down by Nearly a Full Day

Prior to the upgrade, Huggins had to troubleshoot failed backups nearly every day. Eliminating that and other time-consuming timeouts, he reduced the time spent on management by nearly a full day each week. “Now I don’t remember the last time I had to track down a backup job not working,” he said.

Likewise, the daily routine of running his disk utilization tool takes Huggins just a third the time of before. In “less than a half cup of coffee,” Huggins said, he can find and address any issues.

A Full Infrastructure Upgrade – for 45% Less

While a full upgrade was a major proposition for school leadership, it was a far easier sell for Huggins to present a package that ultimately came in at approximately 45 percent less than if the school had upgraded piecemeal over time. Moreover, the storage headroom will enable the school meet its many goals, including supporting TEAL (Technology Enhanced Active Learning) rooms outfitted with state-of-the-art equipment and potentially a VDI lab.

“We hit a home run this time,” Huggins said. “We upgraded to what I fully believe is a best-in-class solution. I wouldn’t call Datrium a storage solution because it’s really an integrated infrastructure solution. It just screams and I’m not going back. I’m committed.”

What is Converged Infrastructure? The more important questions is, “What does a converged infrastructure do?” Also called ...
Read More

How Do I Calculate Infrastructure TCO?

It is critical to calculate TCO, or total cost of ownership, for your business’s IT infrastructure. Depending on your IT ...
Read More

The Decision of Infrastructure-as-a-Service

If you're debating whether or not to choose Infrastructure-as-a-Service  for network management, you should understand the ...
Read More

How can you reduce TCO, or total cost of ownership? In one word: Simplification. Bulky, disorganized, and excessive IT ...
Read More

Infrastructure as a Service, or IaaS, is one of the main ways to access Cloud computing. Users connect to the cloud via ...
Read More