Social Engineering Attacks and How to Prevent Them with IT Services 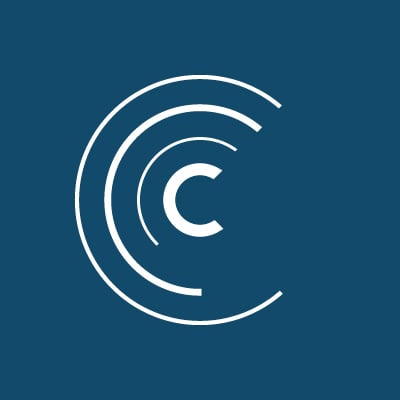 The number of cyberattacks goes up every year. Over the course of the pandemic, several million dollars have been stolen from businesses by hackers. 85% of these breaches have occurred by defrauding humans, with losses ranging between $70 to $1.2 million. Regardless of how much is at stake, you shouldn’t have to experience this. Your organization needs layered cybersecurity in order to protect your valuable assets. We explain the big social engineering attack techniques that you need to be aware of, as well as how you can respond to them with the help of local managed IT services in Texas.

What is Social Engineering?

You may think of data breaches occurring because of mastermind criminals who managed to covertly hack their way into your systems. But, for small and medium businesses, it more than likely isn’t a big Hollywood blockbuster-style movie scene. Instead, it’s a complete accident by a member of your team that could have otherwise been avoided. Let’s discuss five social engineering attacks that managed IT services in Austin can help with.

When you receive an email or text with a sense of urgency that tries to make you feel fearful about your security, you may be being phished. During this scheme, someone urges you to give up your personal information. They could act as your bank, for example. Bank customers are among the most common people who endure phishing scams because, of course, cybercriminals want to steal your money. They get a hold of contact information and demand your credentials immediately, claiming your account will be suspended otherwise. By crafting their messages in a near-identical way to real correspondence, they are able to make many people each year fall victim.

As a more narrow approach to phishing, a spear phishing campaign is based on an attacker tailoring their messages to you, rather than sending a mass message out. The cybercriminal will perform background research on you. From there, their scheme could be based on your social media contacts or the details of your job. They also might act as one of your friends or family members. That extra effort aims to make them appear more legitimate and, therefore, provides them with better success rates. Once they have convinced you of who they are, they send malicious links or attachments to get your information.

Don’t believe just anyone who tells you that your systems are infected with viruses. It could be a false alarm by a hacker. In a scareware scam, you will be prompted to go to a link or install software to supposedly help out with your tech. Sometimes it is useless, but other times it could infect your systems with the malware you were led to believe you already had. Some scareware makes you download ransomware, which you would have to pay to get your data back. A common tactic is using pop-ups while you are on the web. However, you could also receive a warning via email.

Hackers may decide to use your curiosity or greed against you. This is precisely why this social engineering technique is called “baiting.” It could either be performed physically or through malicious sites. In the physical case, someone could leave behind removable media, in hopes that you will want to figure out what it is. This may come in the form of a flash drive that has been infected with malware. Once you hook it up to your device, your system will be compromised and potentially even destroyed. On the flip side, you could receive a message that you won something, such as a gift card. Trying to access this will also infect you.

“Quid pro quo” is Latin for “something for something,” meaning exchanging favors. Many social engineering scams make you believe that you are getting something out of providing your information. Much like baiting, this attack lures you in with fake benefits. They differ in that baiting doesn’t require a lot of interaction because it just waits for a trigger. Quid pro quo, on the other hand, needs that direct interaction in order to frame things as an even trade. It assumes that humans are the weakest link in an organization. After you have agreed to the service being offered by the hacker, it could lead to worse attacks, such as ransomware.

It’s easier said than done to just ignore social engineering attacks. Anyone is capable of falling for them, and it is a growing field. You and your team need to be aware of the warning signs that come along with these schemes so that you can be prepared in case a situation arises. Here are some things that companies specializing in managed IT services in Austin recommend.

Pay Attention to the Source

Blindly trusting a message you receive in your inbox can land you in a load of trouble. Keep an eye out for who is sending you these messages. If you aren’t familiar with the sender and they have sent you a suspicious attachment, it’s best not to engage. However, they may be pretending to be someone that you know. In fact, you could be receiving an email from an account that has already been hacked. Trust your gut if someone is asking for information that they should know, and reach out to others about whether they are having a similar experience.

Your systems are regularly threatened by new viruses, which you may not even realize if your anti-virus software is up to date. Occasionally, it may let you know that it was able to combat a few dozen attempts at extracting your data. But, otherwise, you’ll be searching the web and fulfilling your various business tasks without thinking much about it. When you delay updating your anti-virus program, you may end up having to think about it more. After all, you will be left at greater risk. Managed IT services in Austin can actually actively scan for vulnerabilities and run security risk assessments, as well. These will show where the flaws in your software and systems are.

Make sure that all of your software is the latest version. Doing so ensures that you have the necessary security patches and that any bugs have been fixed. Any new features will be added while outdated ones are taken away. This will reduce your vulnerabilities while keeping all of your tech compatible. You are living in the 21st century and your IT infrastructure should reflect that. Not only will it keep you in the game to stay updated, but the addition of a managed service provider will take you well ahead of the competition. By doing research on new products and handling your IT vendor consultations, you get innovation handed to you.

As we have seen, social engineering attacks are a serious problem we must overcome. That being said, how can you expect your employees or volunteers to recognize when they are being scammed if they don’t have prior experience with it? Set aside some time for your staff to really dive into how they should be conducting themselves in the workspace and responding to suspicious messages. Teach them the best practices for cybersecurity, as laid out by your managed service provider. IT professionals encourage employee security awareness training because it helps to mitigate user error. That means your organization will save time, money, and your reputation.

Invest in IT Support

A big benefit of managed IT services in Austin is the cybersecurity support that you receive all day, every day. Your business may not consist of anyone who is highly knowledgeable in IT, which may mean that you have been outsourcing your support. But you get the most bang for your buck with a provider. Rather than waiting for something to go wrong, you will have a team behind you that handles issues before they truly become anything. With this unlimited expertise, you can make better use of your uptime.

Give us a call at Centre Technologies to chat about our managed IT services in Houston, Dallas, Austin and San Antonio. As a highly-rated provider, we support groups across Texas and beyond. Whether you are a freestanding emergency center or a business startup, we can create a customized plan that provides you with the utmost protection. With our 24/7 monitoring and layered cybersecurity, you will never fall victim to social engineering attacks.

Email was never meant to be a secure vehicle for transporting sensitive data. Unless you have technical knowledge and have ...
Read More

Why You Should Perform Routine Inspections with Managed IT Security Providers

Cybersecurity is a big deal that every business needs to take seriously. Criminals lurk in every corner of the digital space, ...
Read More

Removable Media vs Cloud Storage: IT Solutions for Small Business

It is undeniable that your business has private data. This could include contact or financial information from your clients, ...
Read More

Hosted services are some of the most powerful tools available to growing businesses of almost any size and are one of the ...
Read More